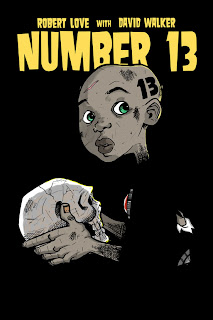 It has been a long time since I've posted anything here and I'm sorry for the absence.  As you all know, I've been penciling a series call ALPHA GIRL for Image Comics.  The last issue that I'm involved with is issue #3 which will hit stands on June 13.

But starting this year On November 21, 2012 NUMBER 13 #0 will be released from Dark Horse Comics.  If you remember NUMBER 13 was a 6 part story which ran in Dark Horse Presents issues #2-#7.  Well, those will be collected and released as issue #0.  And in December the debut of NUMBER 13 issue #1 will hit stands. Written by David Walker and myself with inks by
Dana Shukartsi.   It will be a 3 issue mini-series also from Dark Horse Comics.

There are other big announcements on the way so stay tuned!!
Posted by Robert Love at 3:56 PM

Hi Robert,
I was hoping to interview you for my blog, if you're open to that kind of thing. I wanted to contact you a different way, but didn't have an email address for you. My site is www.comicalmusings.com and you would be featured in the Interviews With The Industry section. Feel free to contact me through google or find me there.


* ONLY HERE YOU CAN FEEL CONTINUOUS VICTORY *

Robert Love
I love art...period! I've been drawing since I was a small barefoot boy. I hope you enjoy my art and find it a little inspiring 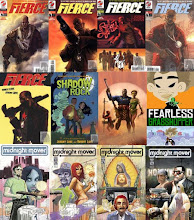